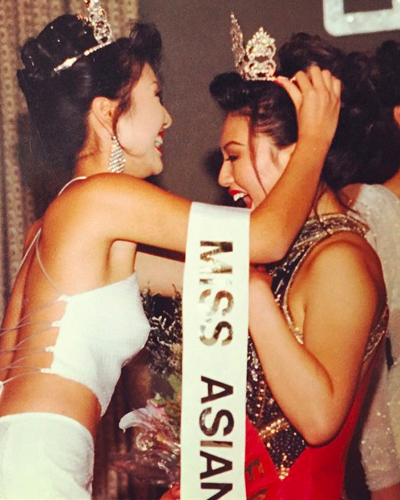 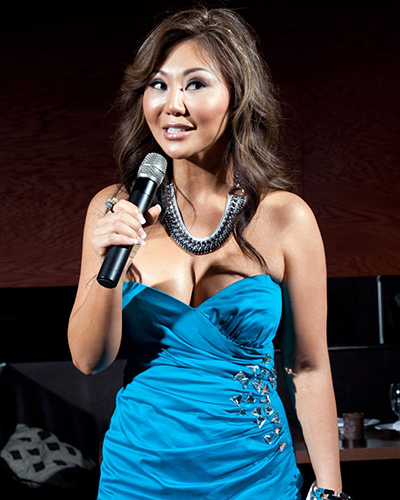 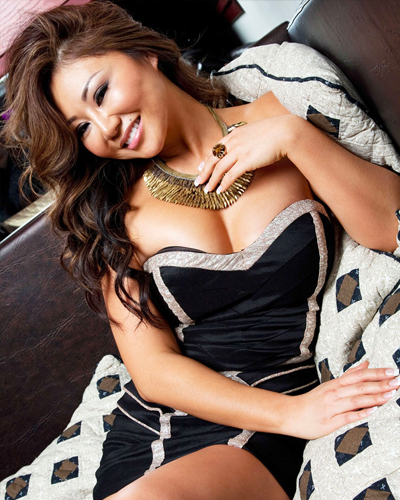 Esther Hwang has accomplished a lot in life. And yet, her lot in life is just beginning.

Discovered at the age of fifteen in Los Angeles after having immigrated with her parents from South Korea at the age of one, Hwang spent much of her early adult years modeling for some of the largest names in the fashion industry. She’s walked runways around the globe for prestigious brands, earned the title of Miss Asian America, built and managed her own modeling website with millions of visitors, served as a sideline reporter for an NFL team’s “behind the scenes” program, and—perhaps, most notably—served as a special assistant for San Francisco’s beloved and flamboyant former Mayor Willie L. Brown Jr. In fact, the formerly San Francisco-based beauty queen, internet sensation, and entrepreneur says her geography played a major role in her becoming “viral” before that term became so familiar in our vocabulary. Living and working in the late 1990’s just outside the bustling Silicon Valley put Hwang right in the hotbed of growth, power brokers, and an internet scene that has proved pivotal for her career. In her role in Mayor Brown’s office, Hwang gained national attention, spring-boarding her website http://www.esther.com and helping her build a loyal following and fan base that continues today.

Relying as much on her mind as her body to passionately pursue her goals, Esther is an honors graduate from University of California at Berkeley and holds a Juris Doctorate from San Francisco Law School.

And before there was Myspace, Facebook, or Instagram, Hwang really had an accomplished social scene of her own. She was a regular at big budget fundraisers, parties, parades, groundbreakings, and conferences. She was a frequent speaker and emcee at high profile events in and around the Bay area, produced and distributed her own swimsuit calendar for seven consecutive years, and was a fixture at both for-profit and non-profit San Francisco charities and networking events. Esther was essentially “social media” before there was social media.

Among her accomplishments, she especially made a mark with non-profits, spearheading Christmas toy drives for Ronald McDonald House, working closely with the Wu Yee Children’s Center for needy children in the Tenderloin District, and finally creating Pandora’s Hope Foundation. Pandora’s Hope Foundation is a 501c3 non-profit founded by Hwang, and she continues to serve as President for the group. The organization is dedicated to helping underprivileged children, the homeless, and needy or abandoned animals. 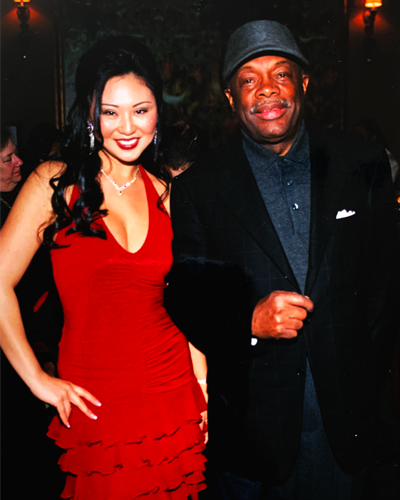 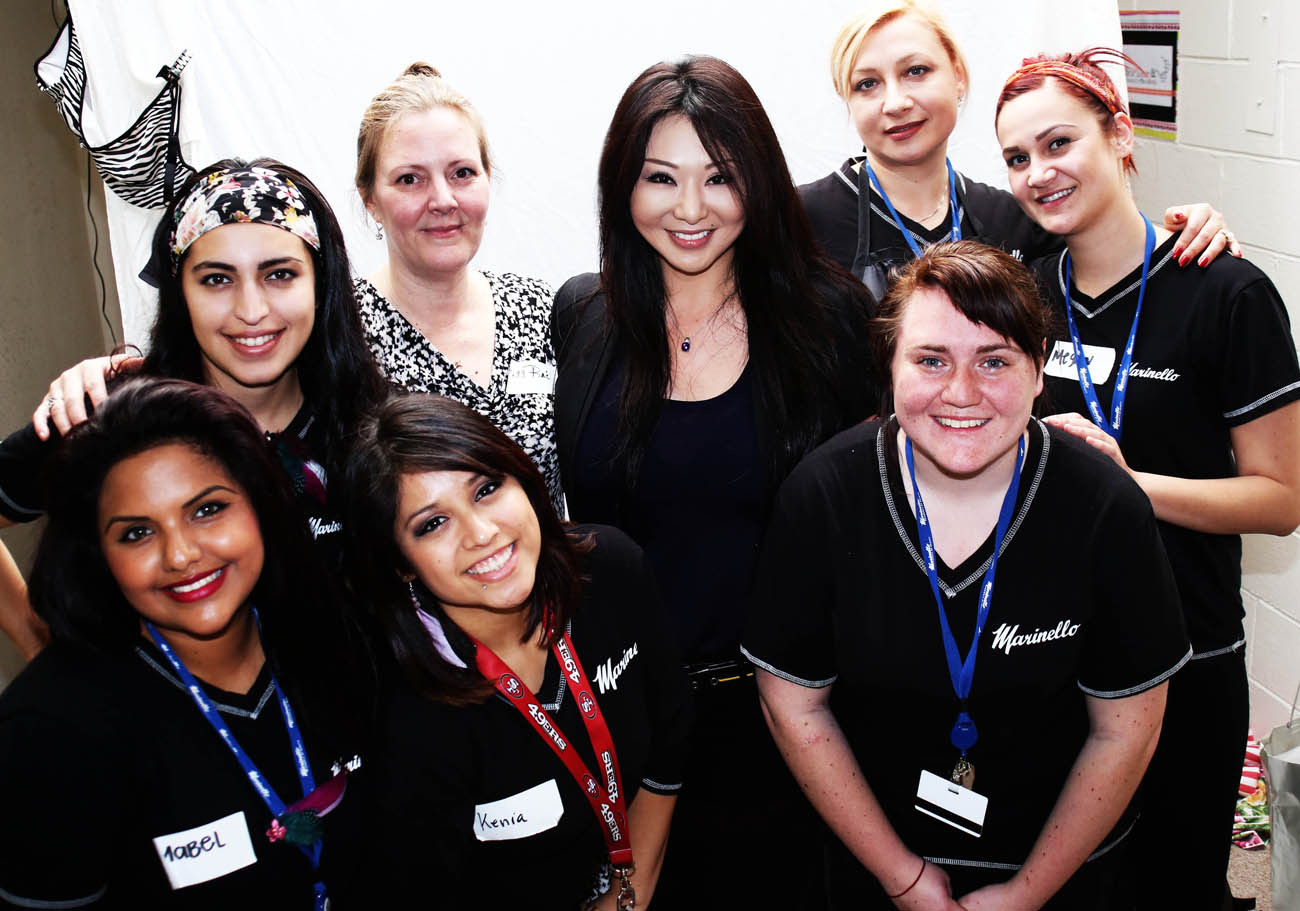 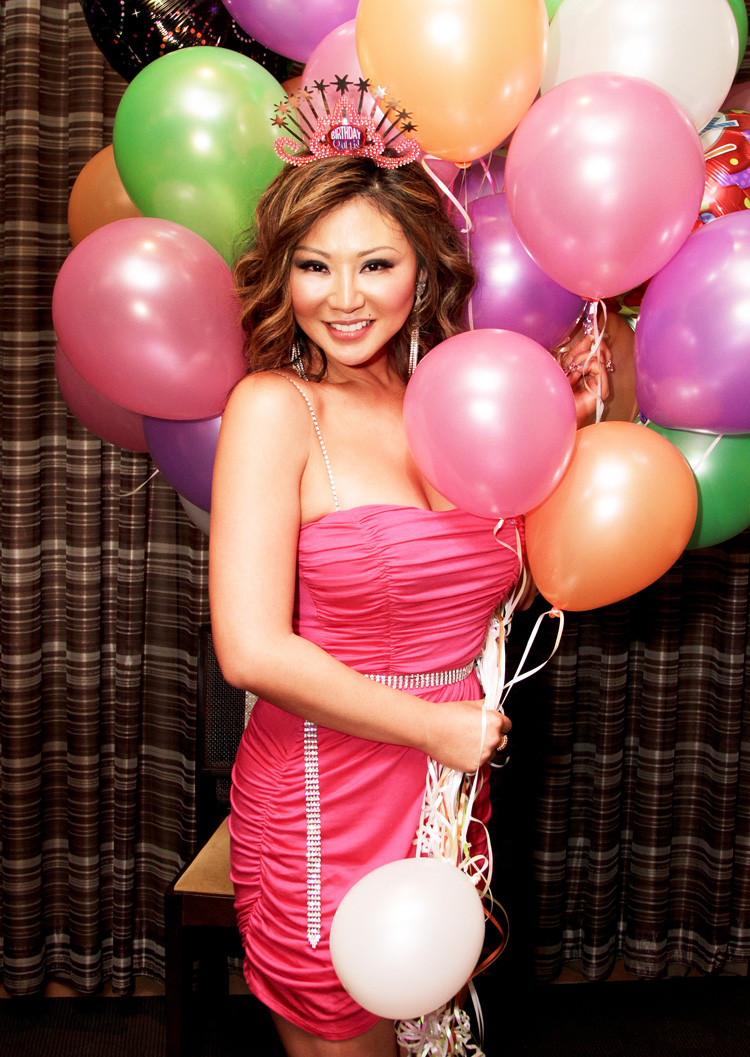 Esther’s story is very much like Cinderella’s, or so it would seem. From humble beginnings, as the daughter of first-generation immigrants from Seoul, South Korea, Esther and her parents lived the true immigrant lifestyle with hard work, grit, and determination. From operating small businesses such as a convenience market, a hamburger shop, clothing boutique, gift shop, and even a wig store, Esther’s parents worked 14-17 hour days, sometimes just to make ends meet. As much a of “latch-key” kid, Esther’s childhood was spent mostly studying during the regular school year and then studying all year round at rigorous summer school programs, SAT schools, and academic decathlon camps. She graduated from high school with a 4.7 GPA and won an Alumni Scholarship to UC Berkeley.

Esther went from a struggling low-income neighborhood in Korea-Town, Los Angeles, to achieving fame, education, a legion of die-hard fans, and a network of powerful friends in the San Francisco Bay Area. And if this was the complete story, you’d expect to find the “and she lived happily ever after,” and that would be the end; but you see, it isn’t.

At the height, the very pinnacle of where Esther thought she had achieved it all, the fancy cars, the glamorous events, the six-figure salary just for showing up, things changed on a dime. Esther’s life and her mission in life were changed forever. With a diagnosis of Stage I breast cancer, the modeling, the speaking, the powerful friends, and the self-made confidence seemed gone; all in the blink of an eye. Esther had accomplished a lot, but her lot in life was about to change.

After a series of life altering surgeries and horrific cancer therapies, the doctors told Esther she would never be able to model again. Due to surgery complications, Esther’s battle with cancer was a long, arduous, seven-year fight for her life. She underwent numerous harrowing surgeries and was told she may not wake up from anesthesia as her body weakened after each surgery. 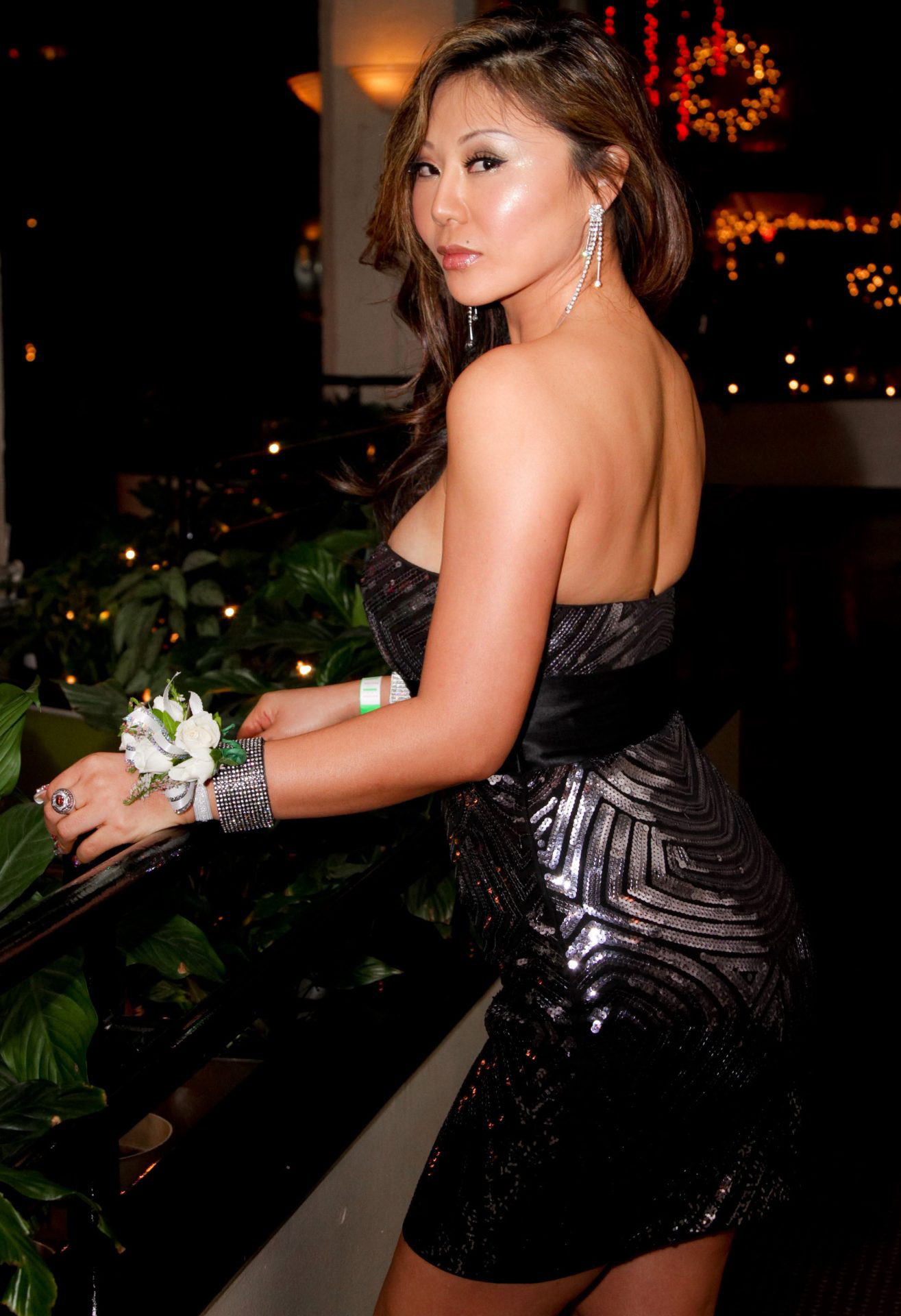 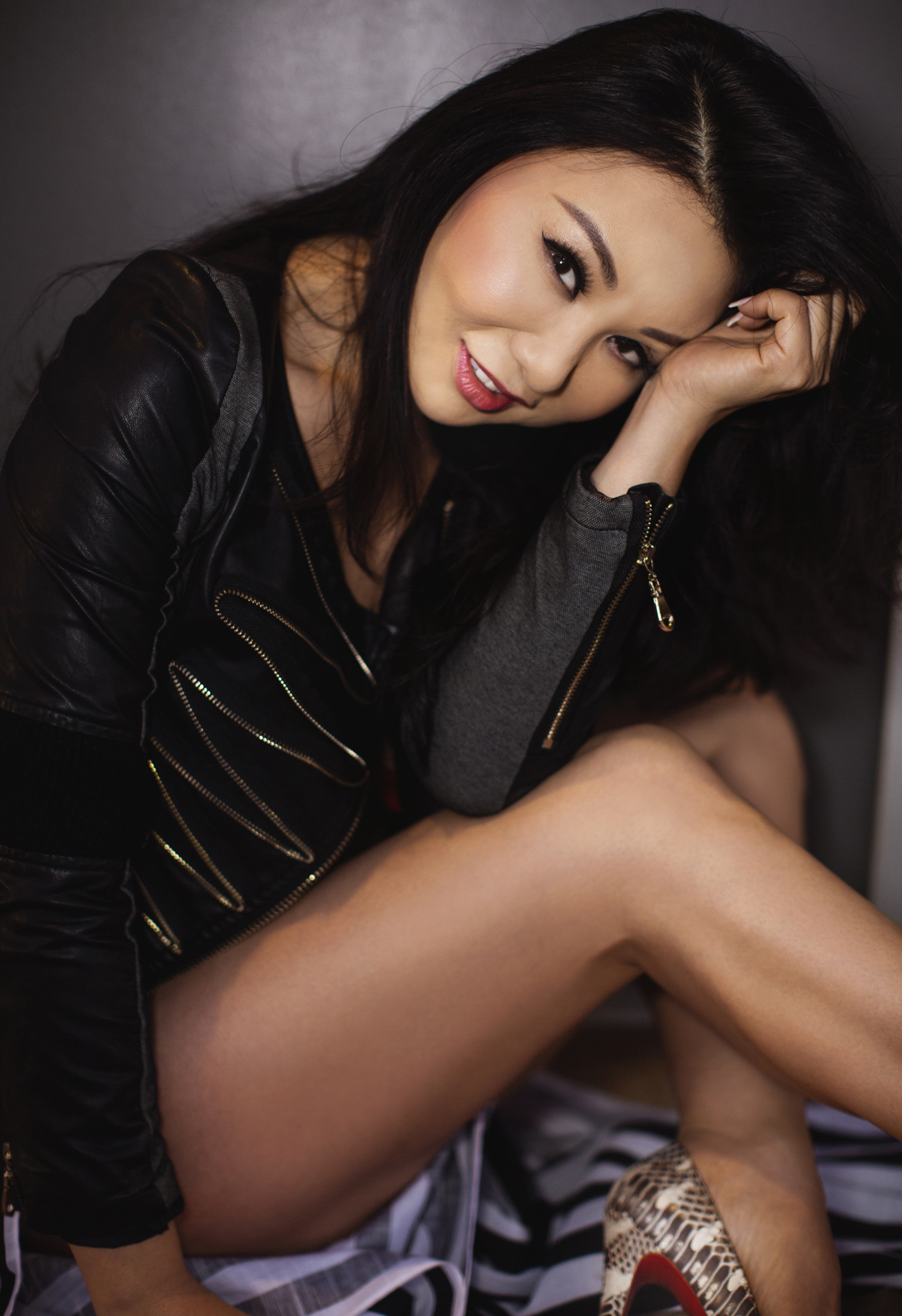 One fateful God-blessed day, Esther met Dr. Karen Horton, who was able to perform the final surgery Esther needed to finally heal from her complications. As a medical miracle, Esther emerged back to her social media life, this time on Facebook (as that was the popular cultural rage at the time), and eventually amassed over 25,000 friends, maxing out several accounts. With the ‘second life’ theme of traveling photos, lifestyle images, thoughtful blogs about recovering from cancer, and videos about her experiences along the way, she shared how grateful she was as she felt like this was a ‘resurrection’ and ‘rebirth’ of her second life: a new beginning. She woke up with a new set of eyes, a new set of priorities; and nothing she thought she wanted from life was the same anymore.

At a very dark time during cancer therapies, and in between one of her many horrific surgeries, Esther hit a plateau, a wall where she couldn’t sleep, couldn’t eat and could not function, having been consistently on antibiotics and opioids for two years and with a surgical wound that refused to heal. At the lowest point of her surgical nightmares, she found cannabis. This life changing plant gave her the strength and support she needed to break free from opioid pain killers and finally kick her opioid addiction. Cannabis helped her find her taste buds, as she started eating again; and best of all, she was able to sleep, so that her body could finally recover from years of brutal cancer therapies. She truly believes this plant gave her back a quality of life she would not have been able to achieve on any pharmaceutical drugs.

She promised herself—in her hospital bed, in her hospital room, at a time when she was completely bedridden for almost one full year—that she would find out more about cannabis. 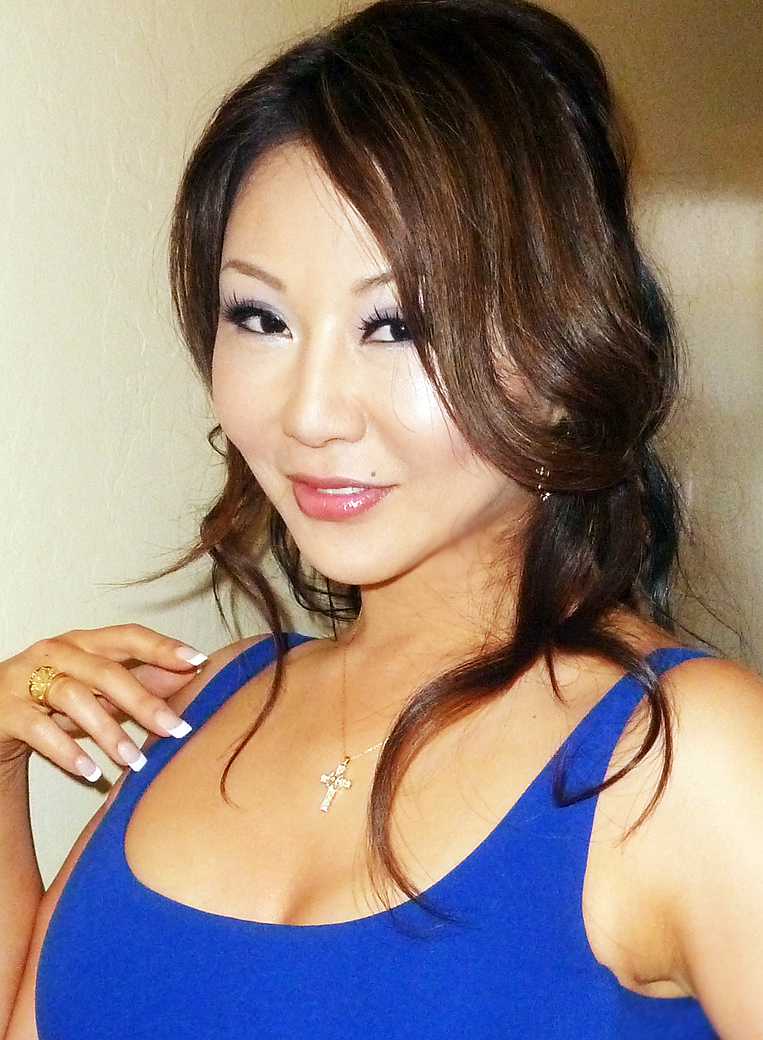 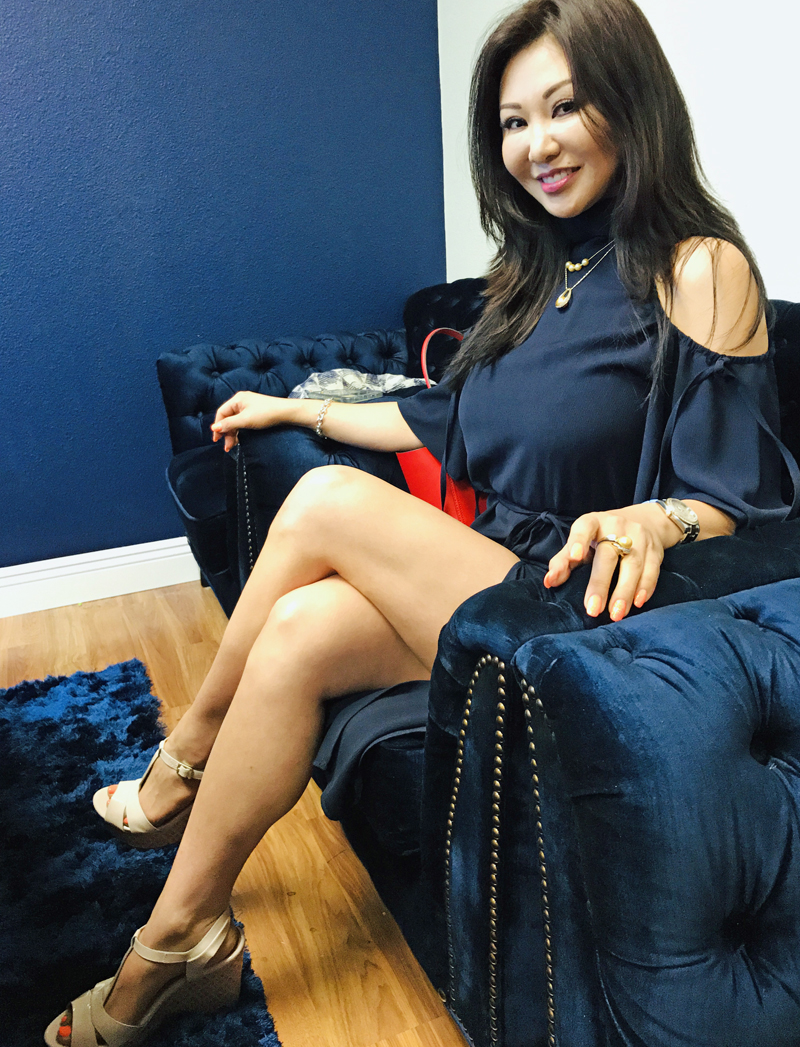 In early 2017, Esther had an unique opportunity to be a part of a medium-sized dispensary with a promising delivery service side, with a patient list of 12,000 people right in the birthplace of California’s cannabis revolution – San Diego. With the promise she had made herself from her hospital bed, she permanently left her beloved San Francisco and moved to San Diego.

At the full swing of the prohibition era—but still operating under the Compassionate Act Proposition 215—Esther arrived to the cannabis industry in San Diego, and it was nothing like she had imagined. The industry was a dark and mysterious place, with very little regulation and no one to mediate the medicinal cannabis and recreational ones. She gave up her social media persona, her notoriety as esther.com, and went ‘underground’ to truly immerse herself in the cannabis world. Here is where she learned about the cannabis retail business, the cultivation, the growers, the effects of different strains, and finally about CBD and how it can directly help with chronic pains and so many other ailments. She helped medical marijuana patients especially US military veterans and opioid-addicted patients specifically dose their conditions. She became an expert in the industry, with an ethical and trustworthy reputation among her colleagues and patients. Known for being a cancer survivor and not offering anything from the dispensary that she would not personally ingest or use on her own sensitive body, patients of cancer, epilepsy, Crohn’s disease, PTSD, insomnia, fibromyalgia, anxiety, depression, inflammation, migraines, multiple sclerosis, and glaucoma all flocked to her for her trusted advice, as she continued to tout the miraculous healing cannabis plant, particularly the benefits of Cannabidiol (“CBD”).

Because there was no FDA or any regulation involved at that time, she took it upon herself to do the research, analysis, testing, and took products to a third-party reputable lab before she offered any of these products to the dispensary patients.

Esther left her dispensary life in search of pursuing a new chapter in CBD. Utilizing her massive social media following, Esther is the star and host of We Heart CBD, a web series show in production now. The show’s purpose is to educate the public about everything CBD. With the copious amount of misinformation on CBD, we understand it is overwhelming and difficult to understand. Therefore, the We Heart CBD show goes straight to the source and we obtain the information for our audience through interviews and video footage.

Esther visits CBD and cannabis conferences, workshops, seminars, and even cannabis cultivation farms and cannabis retail stores. Then she shares this new-found reliable information and carefully researched knowledge in her episodes. She feels it is her public policy duty to share what she has learned about the industry. 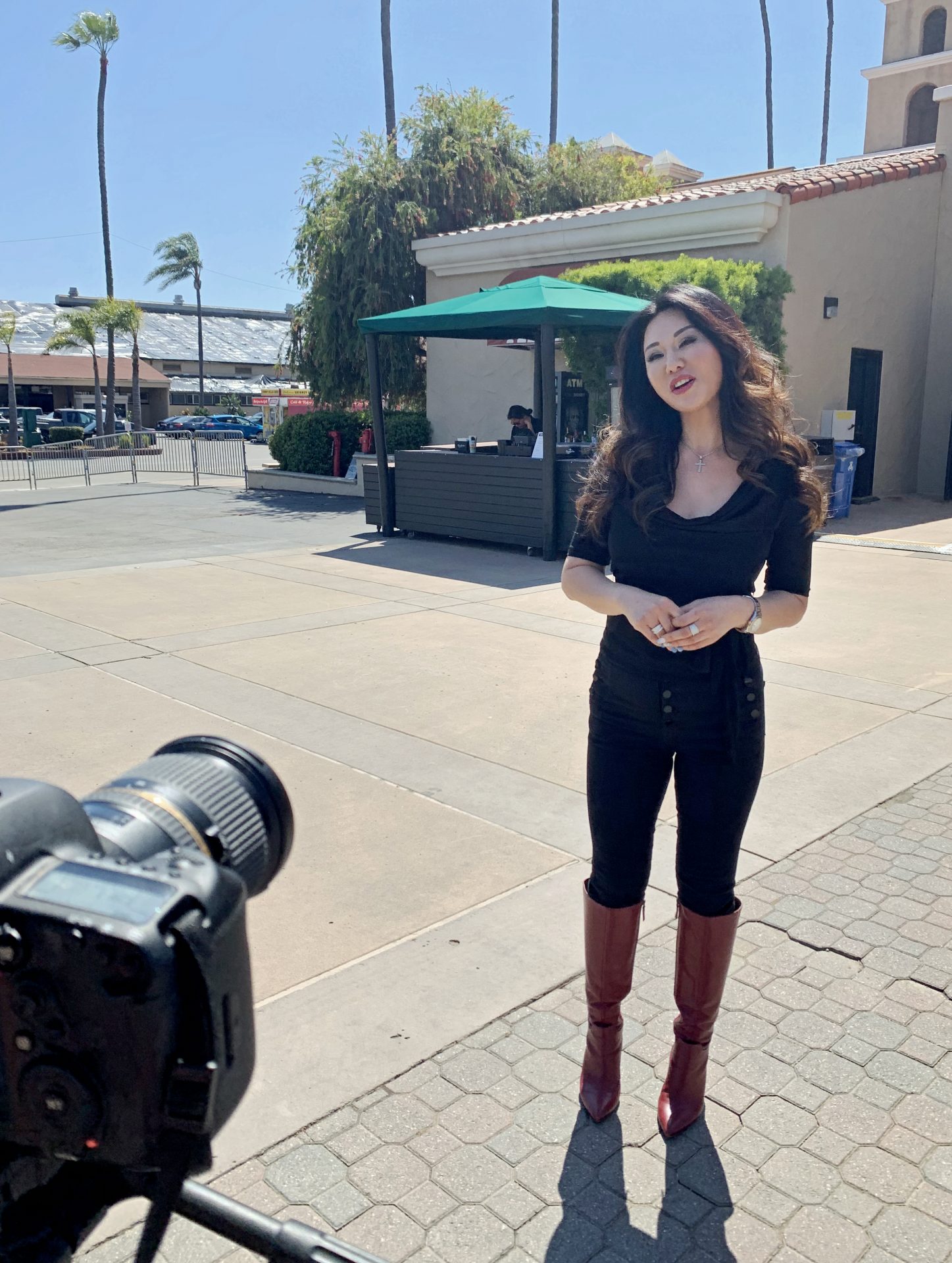 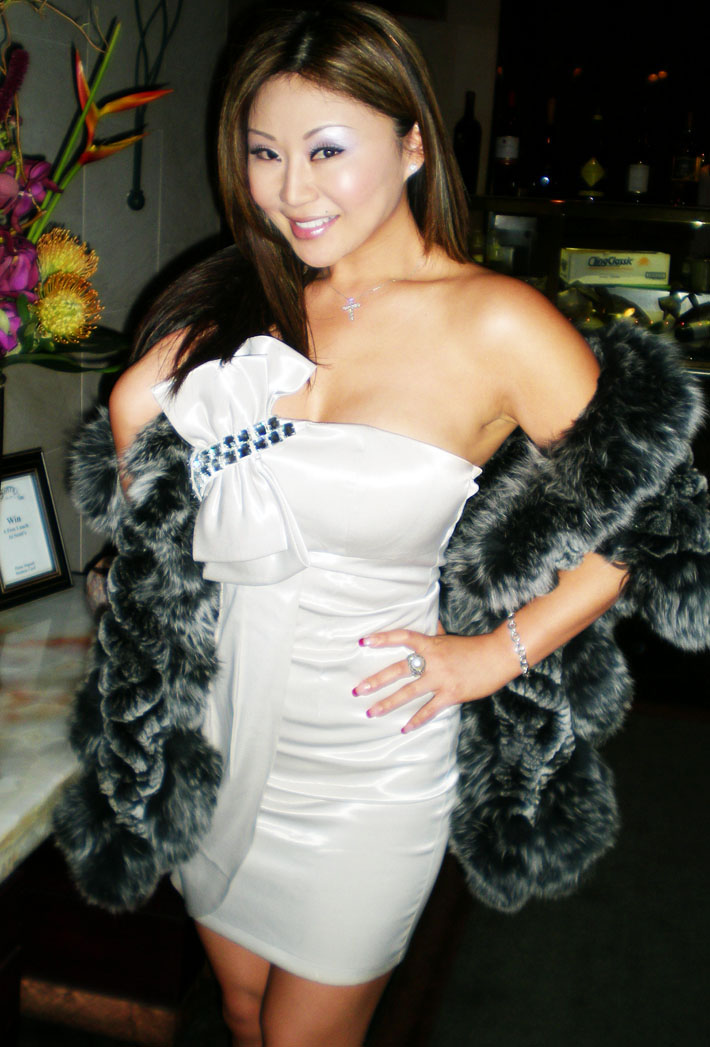 With the expertise and connections Esther gained in the San Diego-based Dispensary, and the impeccable reputation she earned along the way, Esther currently represents a team of other Cannabis experts who have collectively been in the industry for over 15 years. We believe in helping our clients with the utmost integrity and ethical principles.

Always wanted to get in the booming Cannabis Industry? Here are some of the services we offer:

As a cancer survivor, Esther is adamant about lab-testing all QOG cannabis products. With her passion and mission to help others manage their ailments and control pain, Esther will launch her own line of organically USA-grown, safe, non-psychoactive, CA state certified lab-tested, legal, hemp-derived CBD products. 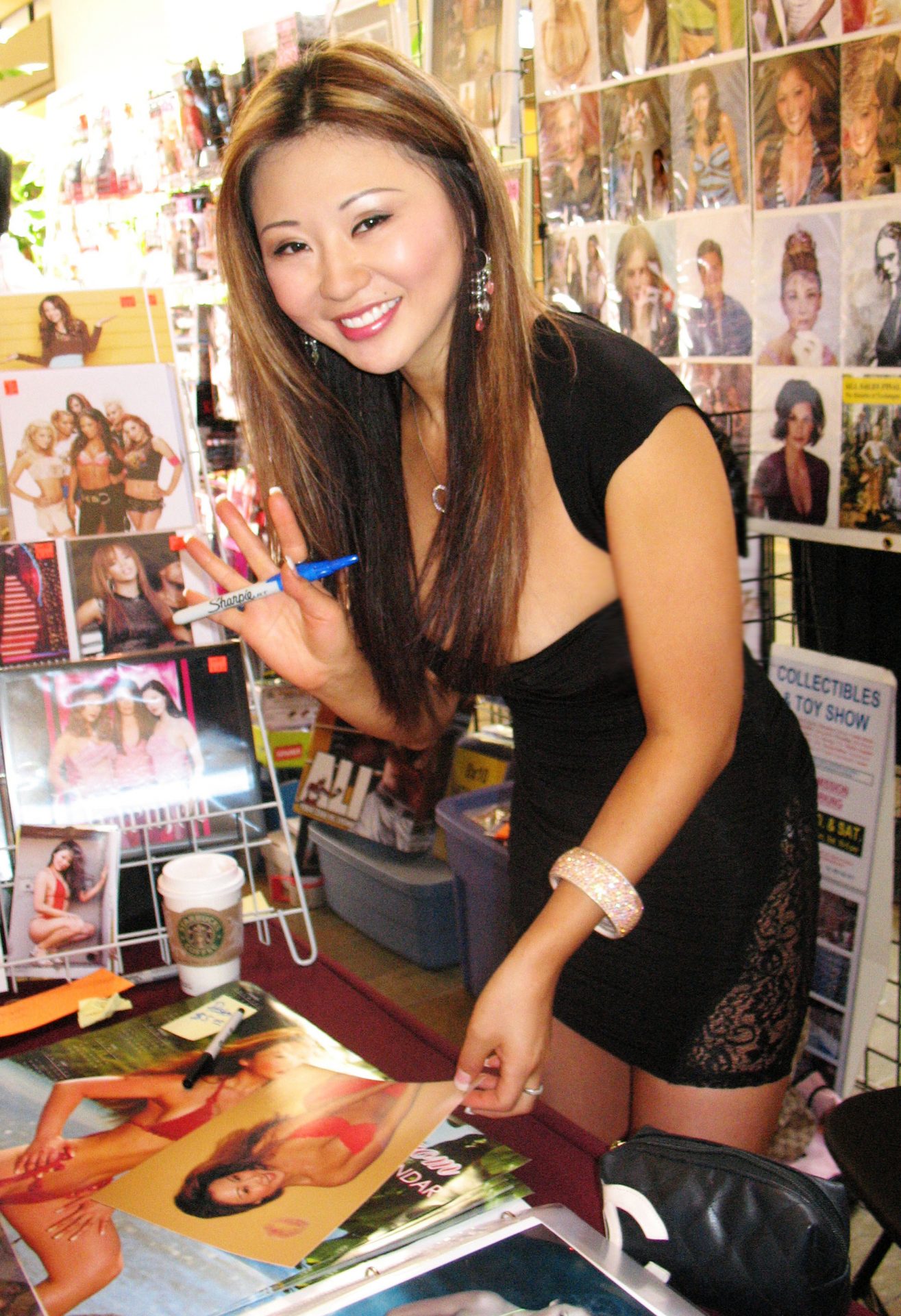 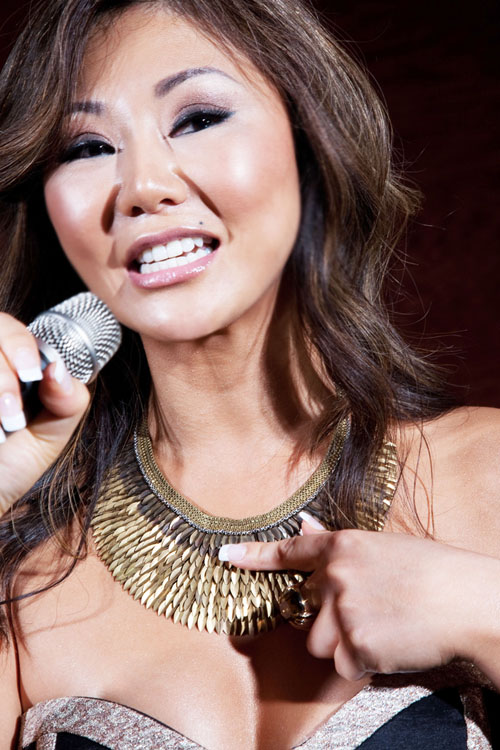 Esther has never been married; she does not have children. She currently resides in sunny San Diego with her five spoiled rescue cats. She enjoys yoga, driving her red Cayman Porsche to local beaches and mountains, socializing, writing, volunteering and donating to at charity events for children and animals.

She credits her second chance in life to her Christian faith, and being the granddaughter of the first Methodist woman pastor to ever come out of South Korea. Almost as if this passionate, pioneering spirit is God-given and in her blood, Esther renews her journey and lives it through changed lives every day. 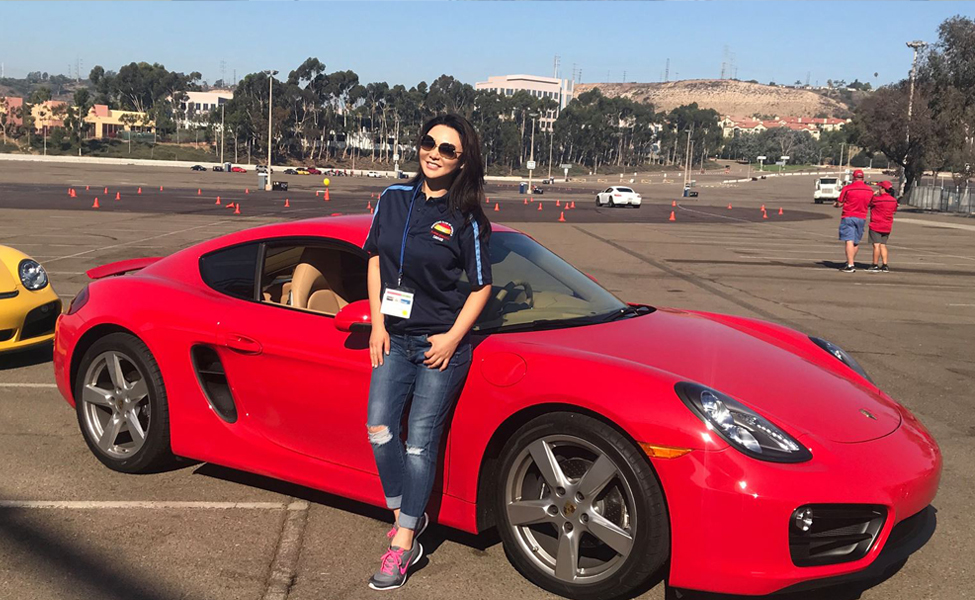 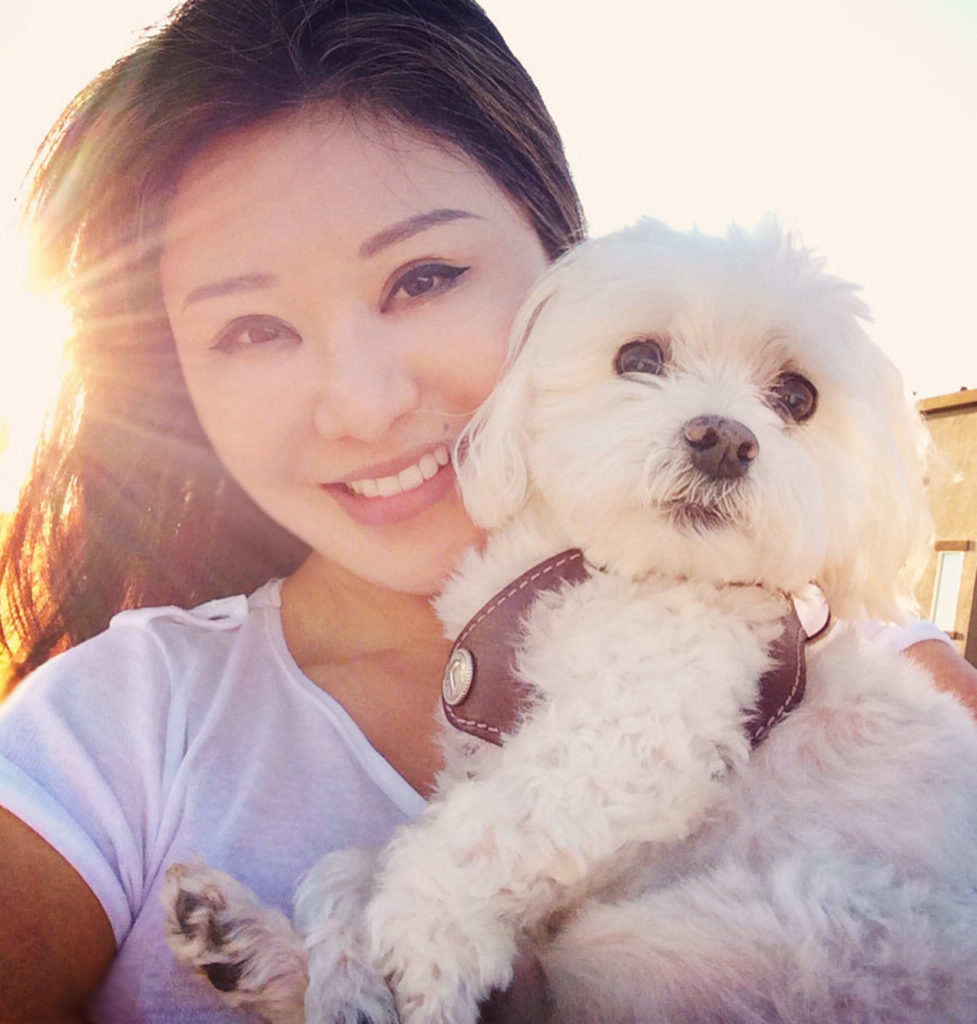 This revamped Esther.com website is dedicated to her legion of fans. Esther’s doctors were wrong when they said she would not be able to model again.  She went on to continue modeling as most of the images from Gallery 1 and all the pictures from Gallery 2 are current, with the themes of ‘resurrection’ and ‘second chances.’  We hope you enjoy being part of Esther’s second life and her many adventures.

From Esther, “From the bottom of my heart, thank you for the many years of love, support, and prayers. The well wishes, gifts, and flowers uplifted my spirit when I needed it most, and I will never forget that.  You have been the reason I kept going in times of bleak darkness. Thank you for not giving up on me, for giving me hope and inspiration. I am back!  And this is just the beginning. God willing, the best of me and of Esther.com is yet to come. God bless you… I love you!”